Excerpt from The State, January 21, 2017
…After four years learning the trade, Varner came back to S.C.’scapital city and in 1995 opened Hunter-Gatherer, the popular south Main Street microbrewery and pub. There, Varner has personally brewed all of the company’s beer for the past 22 years.

But Varner wasn’t able to take his passion to the next level; brew pubs can sell only beer that is consumed on the premises. The newly renovated hangar will allow him to build a real commercial brewery.

“We’re going to distribute bottles and kegs throughout South Carolina,” he said.

The brewery will take up the entire 13,000-square-foot hangar and will include a tap room, event space, and an observation deck overlooking the commuter airport in the Rosewood neighborhood.

The brewery will feature a 527-gallon brew house – which is a cooker for the mash – a bottling and kegging line and about a dozen 10-foot-tall fermenting tanks. He can brew up to six batches of beer a day, but will likely start much smaller, he said.

View all posts by Cassie Benzinger   → 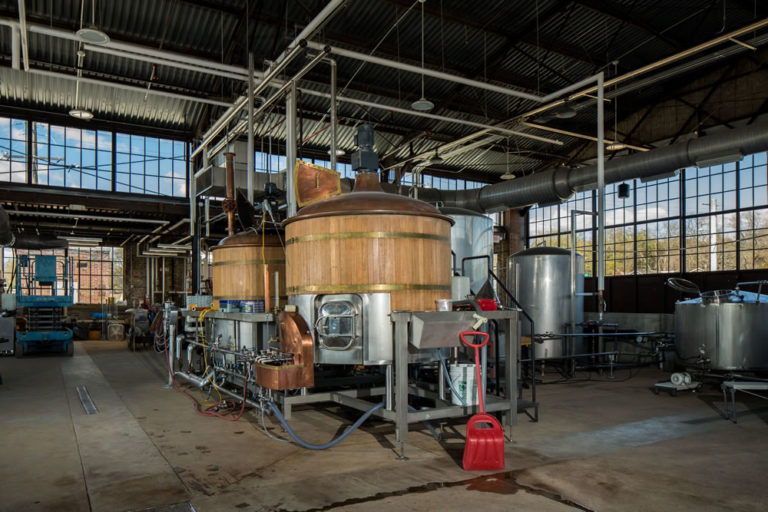